We are deeply saddened to report the passing of WBTV-LP programmer Skeeter Sanders. He was incredibly dedicated to his show, “The Quiet Storm”, and to community media. Through radio broadcasting, he shared his love of R&B, Soul, and Smooth Jazz in his adopted home of Vermont. Skeeter was also a passionate spokesperson for and fierce advocate of equal rights for all people.

A native of New York City, Skeeter began broadcasting in 1998 on WGDR-FM, the community radio station at Goddard College in Plainfield, Vermont. In 2015, he began syndicating his show via the Pacifica Radio Network. Twenty public and community radio stations nationwide carry “The Quiet Storm”, a show that has been entertaining listeners in the Burlington area on WBTV-LP since November 2017. For over twenty years, Skeeter brought us smooth jazz with a touch of soul from the heart of the Green Mountains in the tradition of the Quiet Storm radio format which began in 1976.

All of us at WBTV-LP will miss you, Skeeter. 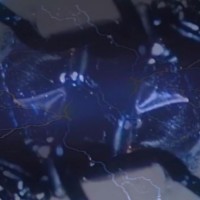