In this episode of The Holding Space:

In this episode of The Holding Space:

Homelessness was never something that David thought much about. He had a stable life living with his elderly mother in a house that she owned, a reliable job as a taxi driver, and no financial troubles. He didn’t drink, he wasn’t addicted to any substances; there was no reason for him to fear. David’s mother called him home from making trips to the airport one night, saying she didn’t feel well. She would pass on that night in surgery, turning David’s world upside down. His mother’s business had accumulated debts that would ultimately cost him his home. After that, as he says, “The dominoes just went, house, job, vehicle, health, homelessness. I believe a lot of folks go through that situation.” After losing his home, David found himself regularly sleeping in his car, even on the coldest nights. Eventually, his car required maintenance that he couldn’t afford, and he would lose his taxi job. He soon found himself camping out, in a situation that he never imagined he would find himself in.  At the same time, years of driving long hours and irregular eating schedules took its toll on David’s body. He soon became ill and was hospitalized for over a month, diagnosed with diabetes and a blood clot in his leg. When he was released, he was fortunate enough to find housing waiting for him at Harbor Place, a “homeless hotel” geared towards serving homeless individuals coming out of the hospital which is owned and operated by Champlain Housing Trust.

In this episode of The Holding Space, Decker Tower’s resident leader David Foss hears his own interview for the first time. We reflect on loss, of family and of homes, and how our past makes us who we are. To hear more of David’s story, check out Vtaffordablehousing.org/voices or http://www.cmyonce.com/the-holding-space-radio.html 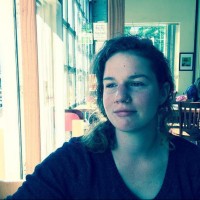